Monday’s Blast from the Past – Pinkerton 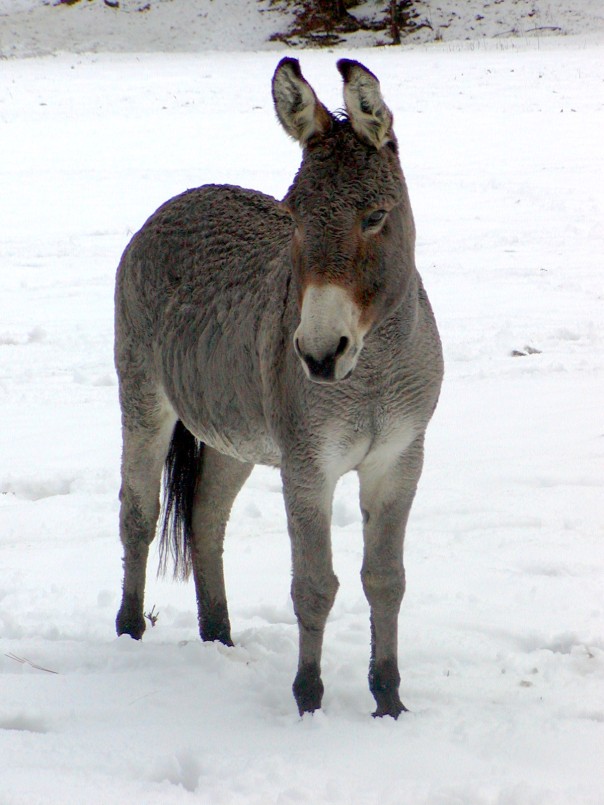 My new thought, after perusing my Picasa, is to have “Blast from the Past” Mondays where I’ll post something that is from my past… Something that feels so far away but was very real at one time.

Above is my donkey, Pinkerton.  I adopted him from the BLM in the early 2000’s and he weasled his way in to my heart in a big way.  I loved this little donk very much.  Unfortunately, Pink had to be put down after a very traumatic time where he started to go crazy and was attacking my sheep and even turned on me… Thankfully a sheep distracted him again.  But he did end up killing a couple and was really never back to his normal cuddly self.  I don’t know what happened to him, but do miss him very much.  He was a sweet old soul and I am glad to have run across his pictures again.  By the way, a donk isn’t too thrilled about snow, but he was happy to pose.  As long as a hug came shortly afterward, and it always did.

Posted in Blast from the Past