I’m very happy to report, that she’s doing an even better job than I had imagined.  I actually was thinking I had messed up somewhere along the way while raising her and was concerned about her not being a ‘true’ LGD.  A couple of weeks ago, I attended a Goat Education Day at our community college with a friend of mine.  She was going for the goats (she has two home milkers) and I thought maybe I could apply some of the topics to my sheep.  One of the topics was LGD’s so I went to that specific class while my friend went to a nutrition class. 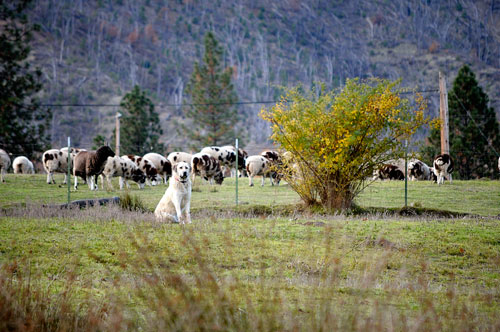 I was concerned about Abby not being a true LGD because, well, she’s friendly to most any person who comes over and she doesn’t live with the sheep 24/7.  She will nap in our front yard, splayed out in the sun without a care in the world during the middle of the day.  She also will nap on our door step during the evening.  I had thought that according the strict standards that you find so prevalent on the internet regarding LGD’s that Abby was not, afterall, a real one.  Granted, we hadn’t lost any sheep since she’s been here and does seem real vigilant… I was just second guessing myself and her. 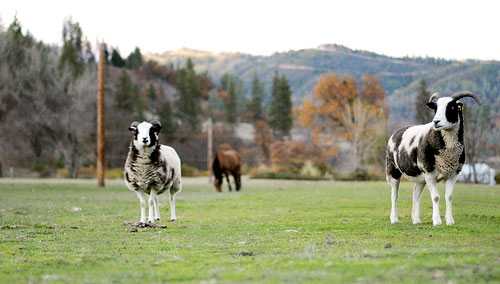 I received a new education at the Goat Day… Abby is a Family Farm Dog.  And that also means she is an LGD, because she certainly does protect all who are in her flock: Sheep, Cats, Horses, Annie and Hubby and I.  We’re all in her family and she counts us all as important.  Abby, though sunning herself in the day time, is very vigilant at night and early morning — when the predators are out and roaming.  She will bark and chase all night long (thus the naps during the day.)  She’s doing such a fabulous job taking care of our 40 acre place that I’ve taken to keeping the sheep out at night.  I know they’re in good hands.  I’ll most likely put them back in the barn when lambing starts again in February but until then, they’re just fine.

And though she is friendly to family and friends, I have found many packages delivered by UPS and FedEx haphazardly tossed out on to anything near by that is off the ground i.e. our quad, a vehicle… so I’m thinking she doesn’t exactly let strangers out of their cars.

The only trouble with Abby is… She needs back-up.  And I’m thinking a male pup is in order.

… Pictures that is.  I’ve been busy this month, shooting pictures for my November Challenge a Day w/ EPNet.  But I wanted to share some neat ones I have been able to get because I’ve been out and about with my new Big Girl.  Thankfully this challenge has come a long right when I was able to get my Big Girl and it has forced us to get acquainted.  So far, our relationship is marvelous. 😉 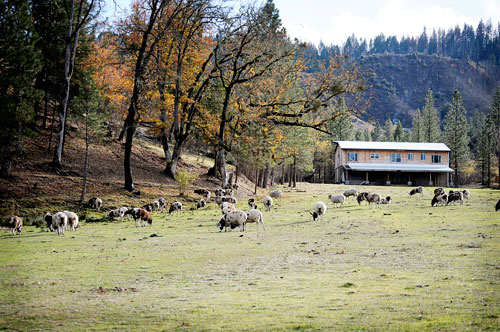 My spotted flock grazing with my barn over looking.

An ’09 ewe lamb who has quickly become a favorite of mine, “Beltie.”  I like her stout build she inherited from her mama… her sis, Rose, is the same way.

Barn Cat meets House Cat — they come to an agreement.

The ever lovely, “Francine.”  I adore this ewe’s looks… looking forward to her first lambs this coming spring!

A few favorites from my EPNet Challenge:

Word of the Day :: Human

Word of the Day :: Relationships (a self portrait — snuzzling Cali’s mane) 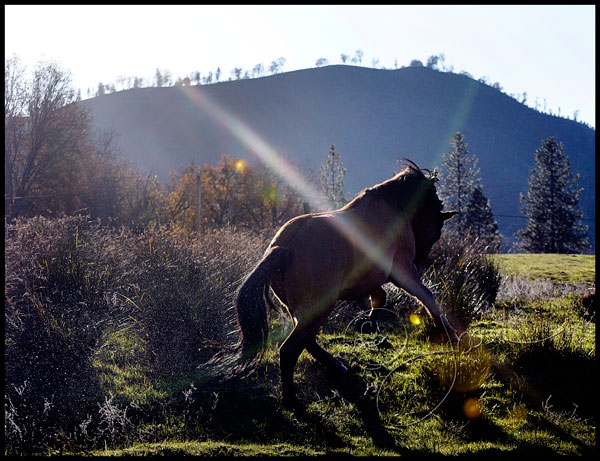 Word of the Day :: Light

To see the rest of my photos for each day, see my Flickr album to your right.

Posted in Horse Photography, Me